Do you support the Patient Protection and Affordable Care Act (Obamacare)? 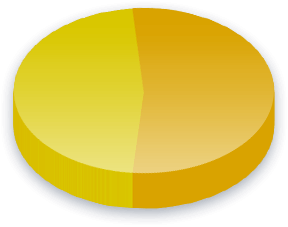 Yes, I support a majority of the plan but not all aspects

No, open the markets so insurers can compete across state lines and reduce costs

Yes, but a mandatory single payer system would be even better

No, government should not be involved in healthcare

Yes, and allow consumers to choose providers and import pharmaceuticals from other countries

Data includes total votes submitted by visitors since Dec 12, 2011. For users that answer more than once (yes we know), only their most recent answer is counted in the total results. Total percentages may not add up to exactly 100% as we allow users to submit "grey area" stances that may not be categorized into yes/no stances.

5 years ago by cnn.com

d. The YouToons Get Ready for Obamacare

It isn't perfect and needs more work and clarity but the American people need this if they are to survive the Genetic Engineered foods, flouridated water, poisoned air and everything else industry throws at us in the name of profit. 7 years ago from a Green in Somerville, NJ

Yes, until we can pass a better law. Single payer is really the only viable option. 7 years ago from a Democrat in Metuchen, NJ

The people of the United States have firmly spoken out with their honest opinion, and that is, they don't want it. The plan would actually do more harm than good. Any business that supplies health benefits to employees, but is forced to drop them for Obamacare will see that they save more money paying the penalty fee than actually paying for the benefits, so employees everywhere will lose their benefits. Also, the government prices for it, while they may be cheaper in some areas, others will have to pay more for less. More money spent on crappy insurance. The governments function is to maintain the policies and constitutional rights of the U.S., not to run a business. With wars and an oncoming economic crisis, who is going to have the time to run this obamacare plan. It will eventually be forgotten about, and some higher-up powers of the government will seek to change the care to their own benefit.
Taking away a person's right to choose what medical care they like is unconstitutional, it is not right to force people to drop what they have for something more expensive and has less quality. And it is even worse to make anyone who doesn't use the plan pay a fee. Obama never should have gotten that second term and now anyone who did vote for him this last term is now probably regretting it. Thankyou Obama for doubling the debt Bush put us in, in less time than it took Bush to even get us in. 7 years ago from a Democrat in Perth Amboy, NJ

Healthcare should be NOT FOR PROFIT. You should be in the field to help people, not get rich. We wouldn't be in the boat we're in now if this country had a change in attitude. 8 years ago from a Libertarian in Berkeley Heights, NJ

Force insurance companies to accept preexisting conditions and let them adjust rates accordingly. Get the enormous and growing government out of everything. Time and again they have proven incompetent to run anything successfully. Now they can't even... 8 years ago from a Democrat in Egg Harbor Township, NJ

Should be decided by local governments not the national government. 8 years ago from a Republican in New Milford, NJ